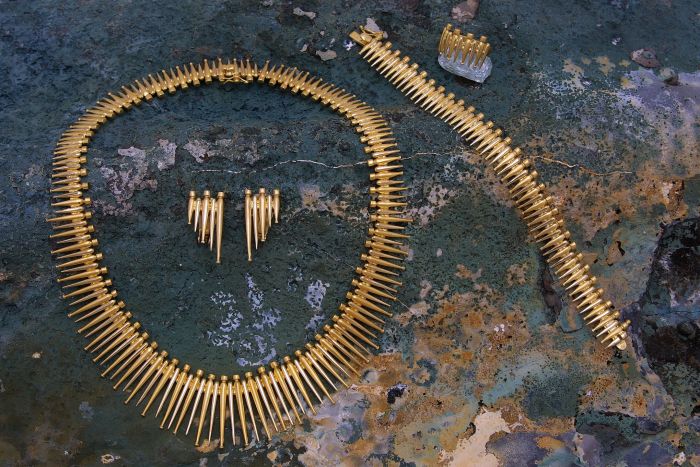 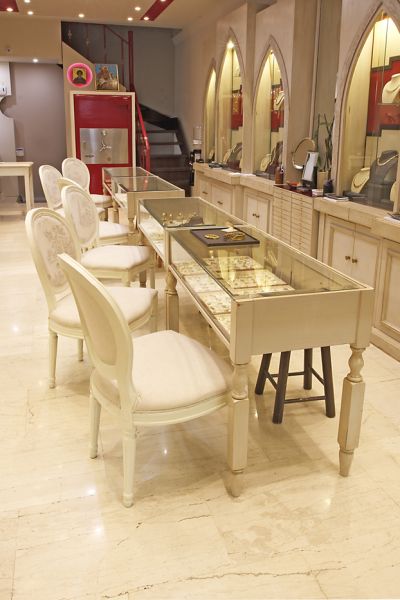 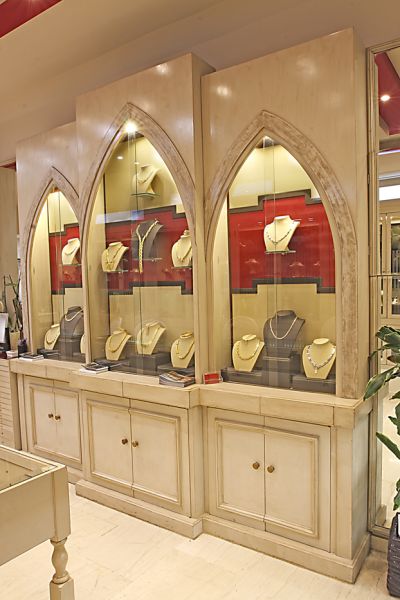 Everything Started half a century ago.

With a long tradition in jewellery manufacturing, George's Jewellery is presenting collections in 14K and 18K gold. For over half a century, George’s family is dedicated to designing, making and selling jewellery. Our workshop in the heart of Athens is one of the largest in Greece with experienced craftsmen. George's collections are mainly inspired by the legacy of Ancient Greece and the Byzantine Empire.  Ancient techniques, such us knitting gold wire for our handwoven collection or hammering gold, are used to create handmade jewellery.

At George's you will find a large selection of beautiful pieces, including the symbolic Greek Key, Byzantine designs, hammered gold, coin pendants, and handwoven chains inspired by authentic museum pieces.

Handmade jewellery designed by George is famous for its top quality and elegance.

The Meander motif also known as Greek key, took its name from the river Meander, a river with many twists and turns, mentioned by Homer in the Iliad.

Meander was a river god, who gave his name to the river Meander who flows in Asia Minor. He was the son of the titan Ocean and the goddess Tethys.
It was the Meander who inspired the architect Daedalus to design the Labyrinth.
The Greek key was the most important symbol in Ancient Greece, symbolizing infinity or the eternal flow of things.
Many temples and objects were decorated with this motif.
The unbroken, interlocking pattern made it also a symbol of the bonds of friendship, of love and devotion, therefore the Greek key is until today one of the most popular jewellery gifts.
See the collection
Byzantine or Imperial style

The Byzantine period begins in 334 AD, when the Roman emperor Constantine I, makes Byzantium the capital of the Eastern Roman Empire, which will be named Constantinopolis. The capture of the city in 1453 by the Ottoman sultan ends 11 centuries Byzantine civilization.

Byzantine jewellery was the continuation of the techniques used by the Ancient Greek and Roman artisans. The empire's great wealth and vasts lands created a high demand for luxurious jewellery end provided rich sources of raw materials and artistic influences.
Byzantine jewellery was typically made from weighty gold, adorned with a generous amount of polychroom gemstones. Those gemstones were usually cut into polished cabochons set in simple collets or enhanced by carvings or granulation.
Bangle bracelets were very popular during this period and people often wore more than one on each arm. In the Byzantine Empire jewellery expressed both wealth and faith.
The most eloquent illustration of Byzantine jewellery can be admired in the mosaics depicting the emperor Justinian, his wife Theodora and their court in Ravenna.
We are the continuation of this long tradition which you can admire in an extensive Byzantine Style Collection.
See the collection
Hammered 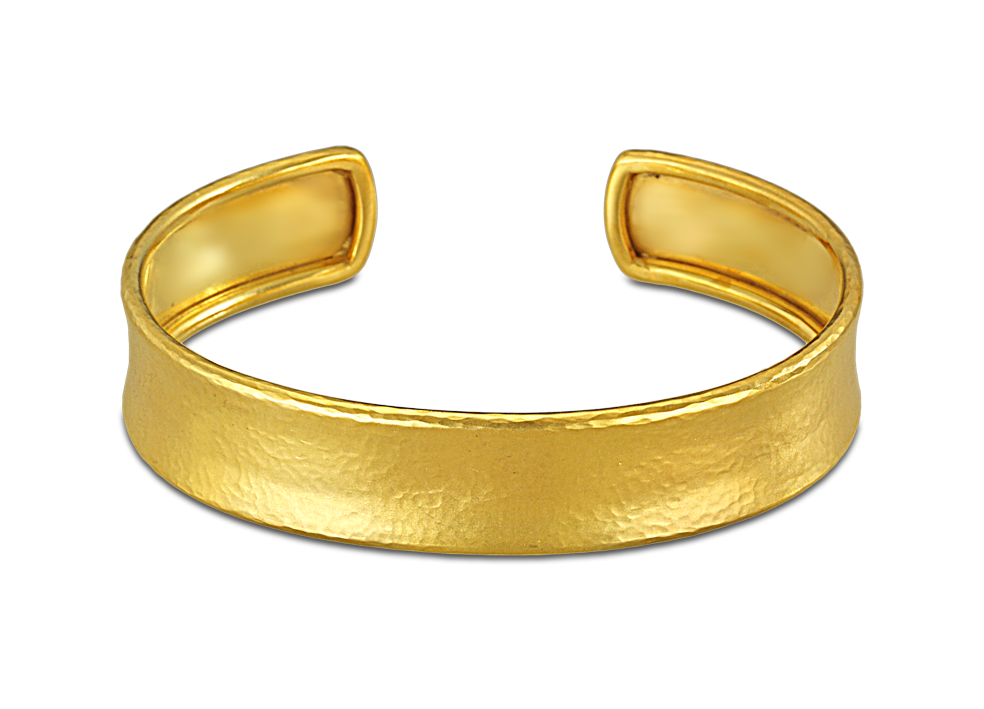 Jewellery is a universal and eternal form of adornment.

Hammered gold is one of the oldest ways gold was worked in history and it still looks modern.

Until today our artisans bring to life through their expert craftsmanship this highly textured look that characterizes this collection.
The hammered and sandblasted gold bangles, cuffs, rings and earrings are elegant statement pieces.
Through its simplicity hammered gold is the most timeless collection we have
See the collection
Handwoven

This collection consists of handmade chains of braided gold threads in various widths and lengths.

They can be simple elegant chains to wear with or without a pendant or our more elaborate designs where the chains are enhanced with Byzantine barrels decorated with granulated details.
The highlight of this collection are our handwoven necklaces with Hercules knot and different design tassels.
The Hercules knot is a wedding symbol that stands for undying love and commitment. This knot made of two entwined ropes is considered to represent the legendary fertility of the god Hercules. Though initially used in Egypt as an healing charm, Greeks and Romans used it as a love token and protective amulet, from where its other name love knot.
See the collection

George's Jewellery is also offering a variety of Italian made jewellery and is cooperating with well known brands such as Nanis, Salvini, Mirco Visconti, Zancan and Bizzotto Gioielli.

For a lasting memory and a keepsake piece, George's Jewellery is the best choice in Athens. 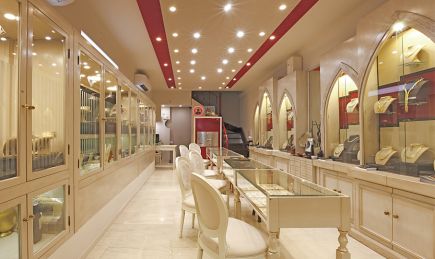 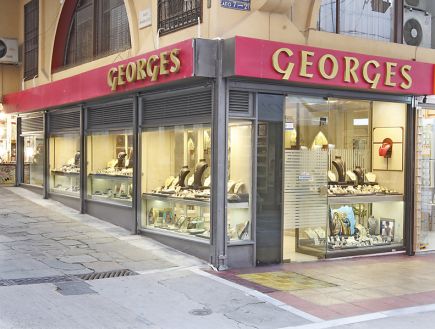 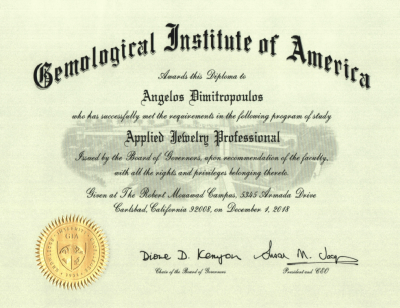 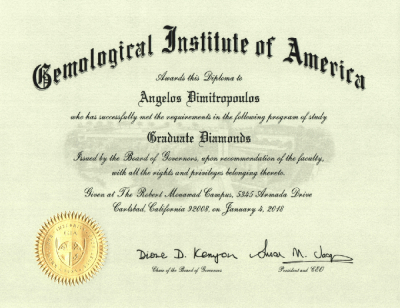